I was a victim of domestic abuse for some years. Towards the end of the relationship as I lost more and more weight the efforts of my ex to take me back became more extreme.

I couldn’t see that I was at the lower end of a healthy body weight but I could see the effect it had on him. I hated my looks for that.

My response eventually in an effort to become less of a prize was to start eating until I felt sick, several times a day. My mental health problems became worse then usual and I continued to binge and throw up.

I felt safer as I got bigger but hated myself more for it.

Fast forward to some years later. I suffered a brain injury and was at that time tested several times for diabetes which returned as negative .

After being put on medication to treat several health problems I simply couldn’t stop eating. I felt awful, both mentally and physically. I hated myself for my lack of control, couldn’t look in a mirror and constantly wore men’s clothes in sizes way too big for even me.

During a routine appointment with my doctor I happened to mention that I was eating not because I was hungry but more because I felt sick. He suggested a test for diabetes. I told him I’d had them before but he gently insisted.

I thought it was a waste of time. I was simply a greedy person eating food for comfort and to escape the past.

I hated myself and often thought it would have been better if I had died during the brain injury, I was simply a huge ugly useless burden.

This diabetes test came back positive, with blood sugars way higher than they should be.

I started taking the medication for diabetes. The weight started falling off with no real effort on my part

I couldn’t understand it, surely undiagnosed diabetics lost weight? Why had I put it on? I spoke to a dietitian who told me that sometimes diabetes causes weight gain as the body can’t metabolise sugar so stores it immediately as fat. Treating it effectively stopped that.

But why had I tested negatively a few months previously?

It turned out that some of the medication I was taking could contribute to weight gain. That coupled with my unhealthy relationship with food was a big reason.

It also transpired that the government had changed the criteria that would enable someone to be diagnosed with diabetes. Just a few months earlier I would have satisfied the criteria for diabetes.

I’m still very overweight. I still can’t look in a mirror for longer than I must. I feel stupid for hating my body earlier in life when actually I wasn’t at all fat then.

My negative attitude tells me I don’t know if I can ever lose weight with the meds I’m on.

Rational thought knows that there’s every chance I can but I’m scared of failure and every time I eat something that doesn’t conform to the idea of healthy I feel tremendous guilt. I sometimes wonder if it’s a form of self harm.

There is a way but… The pull of the instant fix of food is very strong and I struggle to find a healthy way to redirect onto. 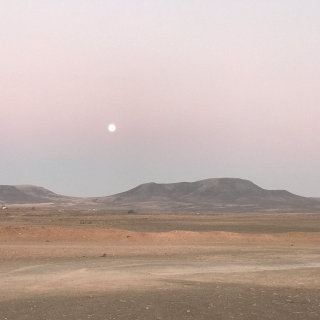 I'm just an ordinary person, trying to live with the twists and turns on life's path and there have been plenty of those! I've had a lifelong argument with my inner self. The two of me are the one who hides the depression, anxiety, self loathing and sometimes crippling doubt and social awkwardness and the one who argues that mental health problems are not something to be ignored and hidden through shame. Ater a traumatic family period I lost the plot somewhat suffering severe post natel depression, death of a loved one, my child living elsewhere for a while and a divorce. An abusive marriage followed, along with a close brush with death a few times including a brain injury in my late 30s has left lasting physical and mental challenges along with chronic pain and stress. As a parent now of older kids and a teen, married to a spouse on the autistic spectrum (although undiagnosed) I've got a fairly wide outlook on life. I've had psychiatric treatment on and off for years since my teens but I feel that there are ways now to keep myself better informed, maybe that will help me help myself more, understand myself a little better and hopefully find a friendly face or two on the way?